Onions, finally have a good partner. 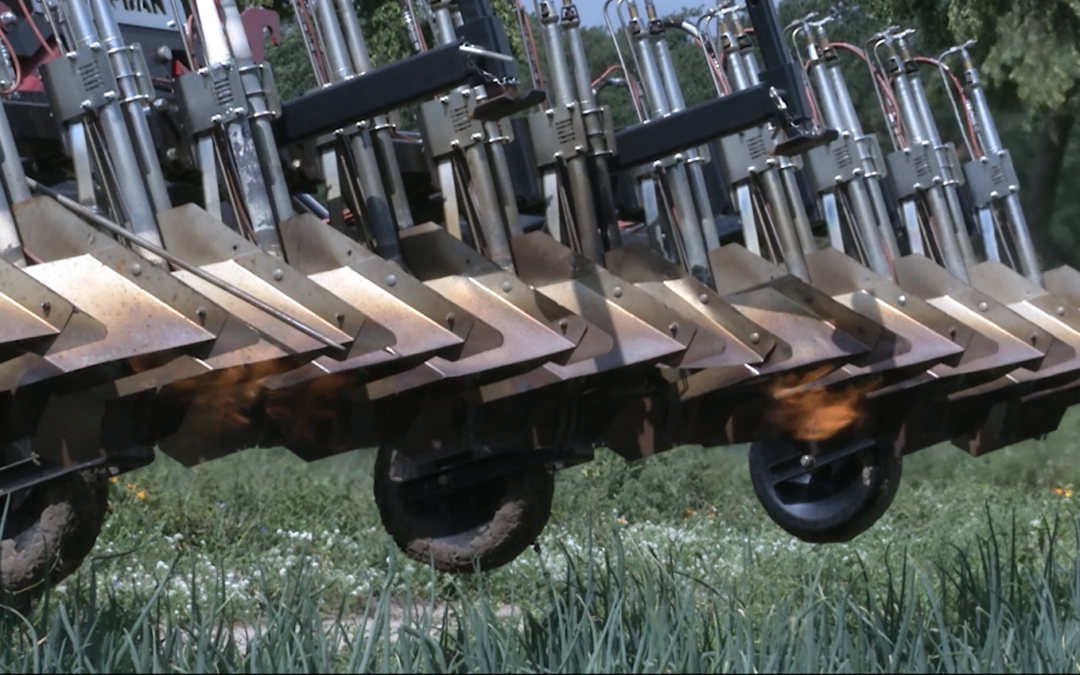 A good partner for onions with the in-row burner.

Danish weed burner ENVO-DAN. Last summer was a growing season for weeds in all crops. Organic farmers in particular had difficulty keeping the weeds under control. Arable farmer Dyanne Schrauwen from Zevenbergen (NB.) tries out the ENVO-DAN row burner from importer Man@Machine in a field of onions.
The machine burns away the weeds both between and within the rows. The four-row machine works with wide flames that work tightly along with the onions. A natural wax layer protects the onions from high temperatures. Most weeds, however, get a good whack from the flames, including those in the rows. According to the manufacturer, the capacity is about 9,000 m² per hour at a driving speed of 3 km/h. The gas consumption per hectare is about 47 kg. The working height adjustment is quite narrow for a good result. During the demonstration, the machine was somewhat wind-sensitive: the flames regularly went out at the headlands. Once in the row, the machine was no longer bothered by the wind. (more)